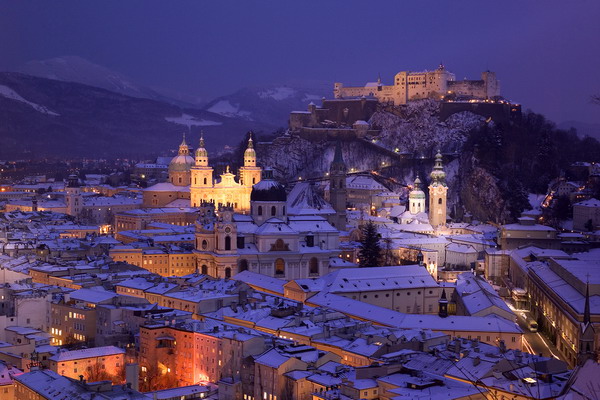 Top 3 Activities in Salzburg Every Tourist Must Do

Salzburg is one of the most stunning cities in the world, and its historical legacy alone is enough for any tourist to fall in love with it. Whether it is the city’s ancient cathedrals and castles (which have endured for centuries), the scenic landscapes made iconic by the movie The Sound of Music, or simply the sheer beauty of the gardens and public parks of the city, there is something for every tourist in this lovely Austrian city. Fortunately, today’s travellers can now rely on a Salzburg shuttle service to get them to their accommodation quickly and easily, and once there, the following activities should be on any itinerary.

Once the Salzburg shuttle service has transported you to your accommodation, it’s time to get out and explore. Although it’s the fourth largest city in Austria, it is very accessible and easy to get around – and there is so much to see! One of the highly recommended and most popular tours is a cycling tour around several locations used as sets in the 1965 musical film, The Sound of Music. Fans of the movie will be able to channel their inner Maria as they are guided around the iconic locations where the film was shot, including the beautiful Trapp Villa and Hellbrun’s gardens. It will take around 20 minutes from the Altstadt to the Trap Villa, but the pleasant cycling and the fantastic destination will not disappoint. Moreover, those who are self-confessed fanatics of the film could elevate the experience even more by booking a room at the Trap Villa and spending the night in one of the most important icons in 20th century cinema.

Explore the City on a Historical Tour on Foot

Even without the Sound of Music tour, the city is an amazing destination that caters to many different types of tourists. For those who appreciate history, there are more than enough old cathedrals, museums, monasteries and castles in this UNESCO World Heritage Site. While many tourists prefer to explore the city on their own-arriving from the airport and getting to different destinations is easy enough with the Salzburg shuttle service -there are also guided tours that usually last for two hours and include numerous stops in the lovely Baroque city, including the famous Salzburg Dome Cathedral.

Any trip to the city would not be complete without a visit to Mozart’s Geburtshaus, birthplace of the world-renowned classical music composer, Wolfgang Amadeus Mozart. Your Salzburg shuttle service may even take you past Mozart’s Geburtshaus on the way from the airport. This incredible townhouse is filled with amazing collections that allow visitors an intimate glimpse into Mozart’s earlier life. The most notable items housed in the museum include the mini violin Mozart played when he was a toddler, a number of other instruments, and many portraits.

While there are so many other attractions that are well worth visiting in this fabulous city, missing these three should not be an option.