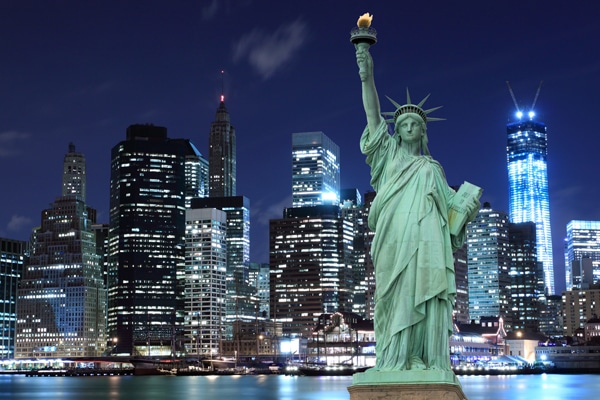 How To Plan A Holiday Trip To New York

New York, the city which never sleeps, has always been on my list of “Cities to Visit.” Before the last year ended, I planned to visit New York with my wife. Though I’m good at planning trips I’m really bad at making bookings for the hotel or the airlines so I asked her to get the ticket reservations done.

To my surprise, she booked only one ticket which was for me and the other one she bought that through the miles program “earn united miles,” we travel mostly from united airlines so we had a huge stack of miles which she consumed to buy her own ticket. This way we saved money of one separate ticket which we planned to use for shopping and restaurant hunting in New York.

Here I want to share with you how I planned our trip to New York as I mentioned above that I’m good at planning trips, I did the same for this trip as well. So here is how we did it and you can follow this for having a nice vacation.

When To Visit New York City?

Overall New York is the best city to visit all year round, but I think each season in New York have its own perks and disadvantages for visiting.

I particularly like to travel in the winter season so winters are great for those who want to experience the holiday season in New York and are not much bothered with the cold. Spring on the other hand is also a good season to visit as you don’t have to face the summer heat but you might need to pack the umbrella. Summer is great for those who want to take the advantage of free events in this city, despite the fact that summers are hard to tolerate in New York.

My Choice: So because I love the winter season I chose to travel in early December and spend my Christmas in New York with my wife and believe me it was an amazing experience of my life.

How To Reach New York?

If you live in US and you are in the neighboring cities of New York you can easily travel by car, train, bus or plane, if you are new in the city then I’ll suggest you travel by plane. Travelling by train, bus or car won’t cost you much, but if you are travelling through the air, then you may want to search for the best deals on airfares to reach New York.

My Choice: I chose to visit New York via airplane; it’s easy and comfortable to travel through the airline.

Where To Reside In New York?

In New York you will find all kinds of accommodation from luxury hotels to cheap hotels, bed and breakfast inns to single tourist hostel, New York has accommodation for every kind of traveler. I wanted to lodge at a budget-friendly hotel so these were the options which I had in front of me.